Back when I was in law school, we lived just across the Delaware River from Philadelphia, so we know that the city has lots of Italian restaurants. However, we were on a tight budget so we would mainly frequent pizzerias and red sauce joints. Now that we are older and wiser we are starting to explore more diverse Italian restaurants which focus on a specific region of Italy. One such place is Le Virtu in the East Passyunk neighborhood.

Le Virtu specializes in the cuisine of Abruzzo, located in Southern Italy just west of Rome and stretching from the Apennines in the east to the Adriatic in the west. Montepulciano is the wine to drink, and Le Virtu has 9(!) bottles of it. With that many to choose from, I asked our server for some assistance. He recommended the Cataldi Madonna Malandrino, a bold, flavorful red that set the tone for the entire meal.

Arrosticini d’agnello, or grilled lamb skewers, is the best preparation of the night. This fatty, chewy (in a good way) roadside snack is served in a specially-made clay pot that says “arrosticini” on the side.

For my entree, I was torn between the bucatini all’ amatriciana and the taccozzele all’aquilana, named after the capital of Abruzzo. I asked the server for advice and he said that the taccozzele was his favorite thing on the menu. I couldn’t turn that down! The thick folds of the spinach handkerchief pasta were coated with chunks of Abruzzese sausage, saffron, and earthy porcinis. Everything was then topped with grated Parmigiano Reggiano. By the end of the dish, we were planning our trip to Abruzzo. 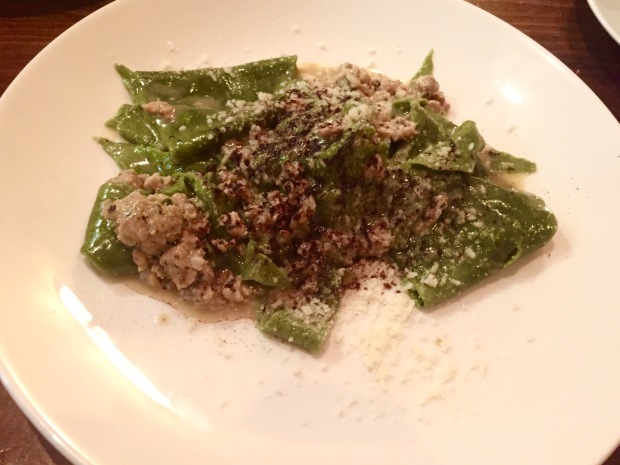 Inspired by our pasta dish at Taglio in Milan, we ordered the Maccheroni alla chitarra con ragu d’agnello, or guitar-cut pasta in lamb shoulder ragu. At Taglio, we had also ordered pasta with lamb shoulder rage, but there was a clear difference between the Northern Italian version in Milan and the Abruzzese version at Le Virtu. That difference; tomatoes! Tomatoes can grow in the warmer climate of Southern Italy but not in Northern Italy. Most of the Italian immigration to America was from Southern Italy, which is why we tend to think of tomatoes as being an integral part of Italian cuisine. 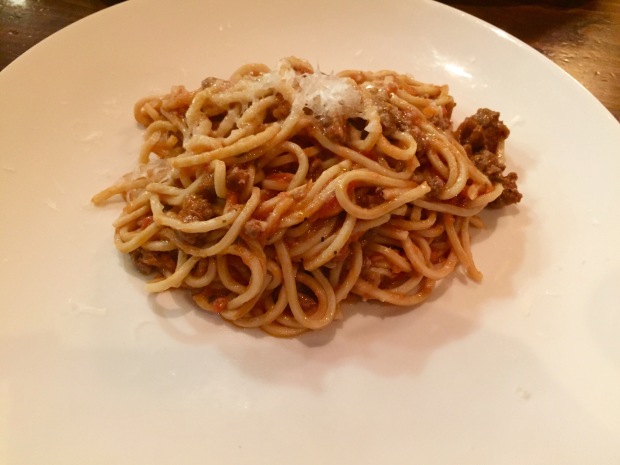 We ended the meal with semifredo (semi-frozen) chocolate bon bons and a housemade fennel digestif. If you are looking for an intimate Italian restaurant in Philadelphia with sublime cooking and cheerful, knowledgable staff, it is hard to beat Le Virtu.